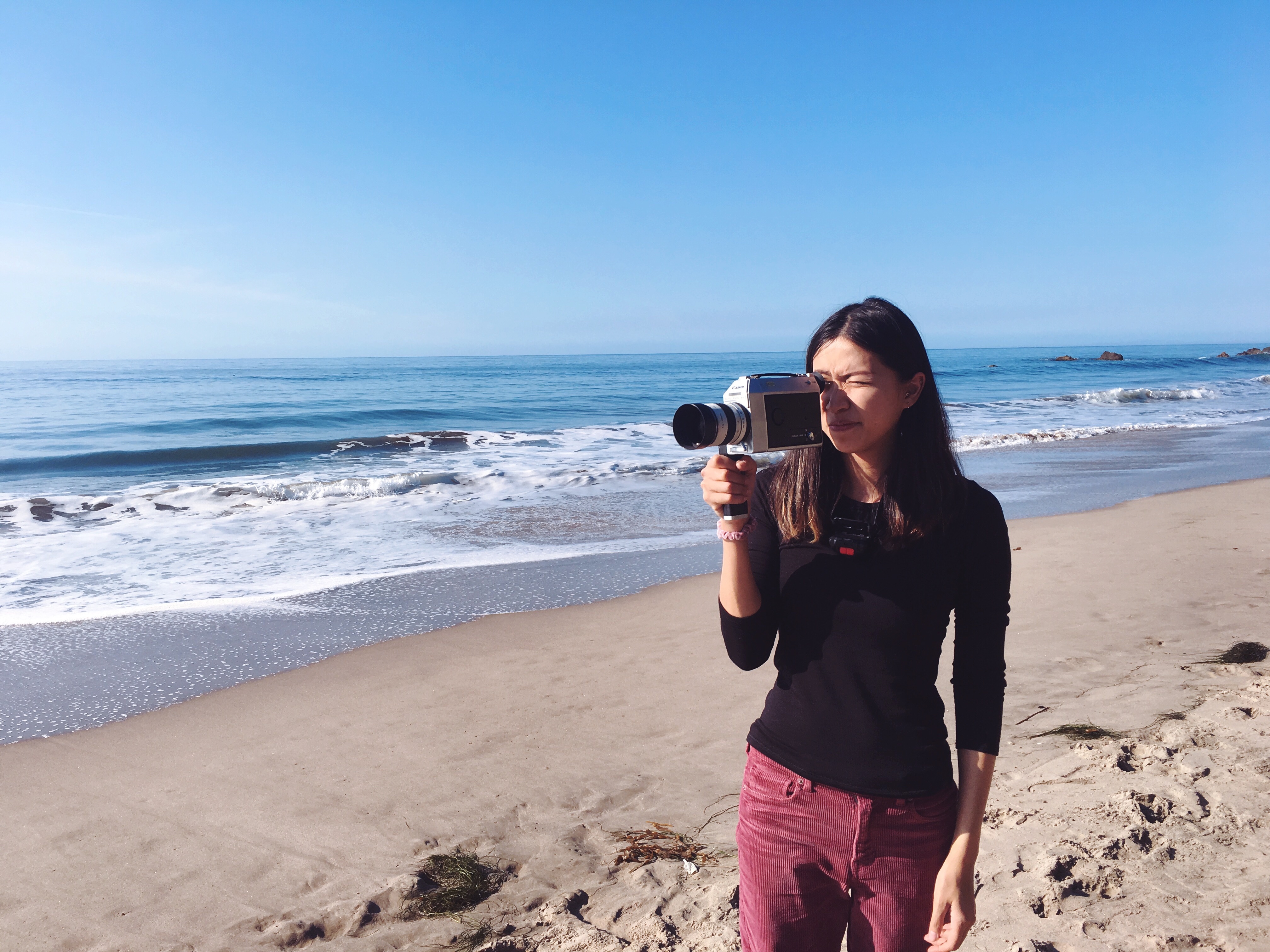 Kayla Tong (b. 1993), filmmaker and cinematographer. She was born in colonial Hong Kong, molded as a teen in Los Angeles and briefly called rural Missouri and Lisbon home. Her rootless upbringing and encounters with people from all walks of life along the way inform much of the themes of her work, which commonly center on the lives of the diaspora, the exiles, the multicultural and the marginalized. Her filmmaking practice is her device for social activism and the manifestation of her lifelong study regarding the human condition, which she confronts everyday with a deep curiosity. This drive and advocacy for the communities she is in led her to work on projects that feature strong female characters and the multifaceted Asian identities.
‍
Kayla works as a cinematographer in both feature and short-form fiction, documentary and now increasingly an experimentation of the hybrid format. Her cinematography works have played at Busan International Film Festival, Los Angeles Asian Pacific Film Festival, Sarasota Film Festival, LA Shorts International Film Festival, and Toronto Reel Asian International Film Festival. She was awarded Best Director at the 2017 Sacramento Asian Pacific Film Festival for “Home is where the Sunsets”. The biographical film, which she also lensed, screened internationally at more than 20 film festivals.
‍
Kayla is a graduate of USC School of Cinematic Arts, a cinematography alumnus of Asian Film Academy (Busan IFF), a directing alumus of Armed with a Camera Fellowship (Visual Communications), and a recipient of the Erasmus Mundas Scholarship for Cinematography (European Commissions).
‍
Kayla is a lifelong advocate for the advancement of democracy in her homeland and has a keen interest in analytical psychology. She hopes that her creations can drive the world closer to understanding humanity as a universal language. As a cinematographer, though mesmerized by the lust of beautiful images, she is always excited about a challenge to deviate from the conventional beauty shooting style in achieving the rawest level of authenticity to a story. Her filmmaking practice has evolved into one which combines and interchanges between fiction and documentary elements.
‍
Currently, she is near completion with her work on “Things I Never Said” (Dir. Wendy Wang), a feature documentary focusing on the intergenerational and sociocultural differences contributing to the stigmatization on mental health in Asian American communities. Her recent hybrid film “Herselves” (Dir. Kristy Choi) will premiere at the 36th Los Angeles Asian Pacific Film Festival. “The Morning Passing on El Cajón Boulevard” (Dir. Quyên Nguyen-Le), segment of a 4-part documentary feature, premiered as the Opening Film of the 20th San Diego Asian Film Festival in November 2019.